Dance, the style which rejuvenates the roots of originality and uniqueness distinctly illuminating the various ornamental postures, expressive gestures, eye movements of beautiful women performing with great devotion and sincerity. The language through which an artist expresses emotions & feelings to the world through their eyes and body movements which creates a perfect dreamy ambiance.

Indian classical dance is as ancient as the country, deeply rooted in the culture of the diverse nation. The aesthetic postures, defined movements with traditional mellifluous music are enriched with stories and tales of the historic ethnicity of the nation. In Sanskrit ‘dance’ is known as Nritya, which signifies the intimate bonding of eternity and time, the creative force which enlightens the new form of language communicating to the world with rhythmic harmony.

Names of classical dance forms recognised by the Sangeet Natak Akademi and the Ministry of Culture:

Bharatanatyam is the dance form which originates from the south of India. The dance form has flowered thousands of years back and has its primordial remains in the South Indian courts and temples.

The dance form expresses the thoughts, tales, and ideas of the spiritual and religious roots of India- Shaivism, Vaishnavism, and Shaktism. The signature style of dancing has unique postures which combine a fixed upper torso with bent legs and need knees flexed with exotic footwork with wonderful eyes, face, and hand gestures. The dance style is graceful with colorful attire making the artist look gorgeous.

Alarmel Valli, the talented and dynamic artist who was invited to perform at the Sarah Bernhardt Theatre De La Ville in Paris at the age of 16, a globally renowned artist. Padma Subramanyam a very known name for all Bharatnatyam dancers the founder of the dance school Nrutyodaya, whose greatest works are Ramaya Tubhya, Namah, Krishnaya, Tubhyam Namah, Jaya Jaya Shankara, and Kauravanjis. The greatest of all legendary artists – Rukmini Devi the unique artist for whom perfection meant everything. With whose hands Bharatanatyam got the firm pillars of the vast establishment.

Kathak – The word itself has a deep meaning and link to how it originated, Katha means story and Kathakar means the one who tells the story. It is basically from Uttarpradesh and Rajasthan and has its unique originality of both Hindu and Muslim gharanas.

The dance form got immense popularity during the Bhakti movement period where wanderers from distant lands performed different stories of Lord Krishna in dance forms. Their way of portraying stories with delicate movements and gestures was highly popular among the folks.

Kathak is also performed on Urdu ghazals. The well known Kathak artists are Sunayana Hazarilal, the incredibly talented Kathak dancer who has been awarded the Padma Shri award, the great and the only surviving practitioner of Banaras Gharana the director of Natwari dance academy and also a visiting faculty of prestigious Dance Academy of University of California Los Angeles.

Shovana Narayan – the proficient Kathak dancer has got her skills polished by the legendary Pandit Birju Maharaj and Kundanlal Gangani, also the recipient of Padma Shri. Kumudini Lakhiya, who is the founder of Kadamb school of dance and music. A pioneer kathak dancer who brought worldwide recognition of Kathak. The legendary artist who won the Sangeet Natak Akademi Awardees – Shambhu Maharaj, Baijnath Prasad, Sunder Prasad.

Kathakali – The dance form originated in Kerala, is a major form of classical dance in India. The most colorful, dance form with a unique unusual makeup which includes masks, which brings more of the expression for a story play genre.

The dance form was mostly performed by a male artist and even by female artists these days. The genre depends and explores highly on Hindu spiritual genres.

A very difficult style which takes time to master requires a lot of hard work and practice. An internationally recognized dance form being performed at the global arena several times. Some of the well-known artists are – the father, the founder of the present-day Kathakali dance form is the most legendary, eminent, and respected man – Mahakavi Vallathol Narayan Menon. Guru Gopinath, Padmanabhan Nair, Sadanam Krishnankutty are other talented well known Kathakali artists.

Kuchipudi – With its origins from the Andhra Pradesh region is one of the important forms of classical dance and is one of the toughest dance forms.

Since the performer has to sing as well as a dance during the entire time. It also comes up with a lot of holy rituals before the dance which includes a sprinkling of water, burning fragrant sticks, and usually, in historic times men used to perform but these days predominantly women are seen performing.

Odissi – The Indian classical dance form of Odisha, originated in the temples and performed by women is a distinctive style of art which portrayed tales of Hindu religious gods – Jagannath, Shiva, Surya, and various forms of the mother goddess.

The whole concept plays on the dance drama format where devotional tales and spiritual stories of Hindu gods and goddesses are performed through dance by beautiful elegant dancers. The dance form which has left its artistic presence in Michael Jackson’s hit single Black & White in the year 1991.

Some of the well known Odissi artists are – The Indian classical dance form of Odisha, originated in the temples and performed by women is a distinctive style of art which portrayed tales of Hindu religious gods – Jagannath, Shiva, Surya and various forms of the mother goddess.

The whole concept plays on the dance drama format where devotional tales and spiritual stories of Hindu gods and goddesses are performed through dance by beautiful elegant dancers. The dance form which has left its artistic presence in Michael Jackson’s hit single Black & White in the year 1991.

Some of the well known Odissi artists are – Guru Pankaj Charan Das is known as the father of Odissi dance is a well renowned Indian classical dancer and choreographer. Kelucharan Mahapatra, the most renowned Odissi dancer of the 20th century and the first one to receive Padma Vibhushan. Ratikant Mohapatra under whose guidance an entire troop of 555 Odissi performed at Kalinga Stadium and embarked their names in the Guinness Book Of World records. He also choreographed an Odissi dance in an Indo-Chinese movie – The Desire.

Sattriya – Originated in the eastern state of Assam devoted to the Vaishnavi culture, emerged during the 15th century, of the Bhakti movement period is one of the well worshipped classical dance forms of India. Eminent Sattriya artists include – Late Moniram Dutta, Muktiyar Barbayan and many more are the legendary performers of the dance form.

Manipuri – Originated in North East India are the glory of Manipur and a symbol of great pride for all the citizens of Manipur. It delicately brings out the colors of the living tradition, it flowers and nurtures the eternal bond of Radha and Krishna – the Rasleela.

The beautiful moments flow with the mystical Indian music brings a dreamy heavenly environment. King Bhagyachandra is known as the Father of Manipuri dance.

During the 18th century, a monarch named Rajarshi Bhagya Chandra or Ningthou Ching-Thang Khomba in the year 17179 started Ras Leela which is now an integral part of the Manipuri dance form.

Mohiniyattam – Originated and became a popular classical dance form in Kerala. The dance has got its name from the beautiful Vishnu avatar Mohini. The dance form is enchanting and impressive with magnetic gestures performed by angelic beautiful artists. Well-known artists of the dance style are – Smitha Rajan, Bharati Sivaji, and many more .

Final words: You can go on counting and these talents will never end!

Yes, that’s how rich our culture is! 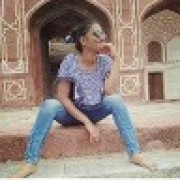 A Guide to Implement Gender Inclusive Language in the Workplace