I hope it’s safe to assume that the only people who do not like chocolate are the ones who are allergic to it! Who doesn’t like to swing in the spheres of luxury and magnificence while indulging in a box of chocolates? Well, not us! A savoury box of delicious rich chocolates that immediately melt in your tongue has not done anybody any harm. If you are as much into expensive luxury chocolates as us because life is too short to have waxy cheap chocolates, you’ve come to the right place.

List of 10 Most Expensive & Luxury Chocolate Brands in The World.

Fabelle is a luxury brand of chocolate makers under the house of ITC, which holds the reputation for being the oldest Indian company. It has also launched its range of limited edition chocolates, ‘Trinity – Truffles Extraordinaire’ which also holds a place in The Guinness Book of World records for being the most expensive chocolate in the world. Fabelle’s chocolates are made from the highest quality of ingredients that are sourced from all corners of the world and are prepared with utmost precision and craftsmanship by the best chefs they have to offer.

This widely recognized brand was founded by a Danish chocolatier and chef Fritz Knipschildt in 1999 when he started selling chocolates from his own apartment to local shops. His company formerly known as Knipschildt Chocolatier also had a café at Norwalk, California named Chocopologie Café.

This brand is most well known for its La Madeline Au Truffe or more commonly called “Truffle Truffle”. It was dubbed as the most expensive chocolate in the world by Forbes Magazine. The chocolate is made using Valrhona Chocolate and has a French Périgord truffle as a centre making the Truffle a true extravaganza.

They are chocolate makers based in Tuscany, Italy and the producers of ‘Amedei Porcelana’, which is also considered to be one of the most expensive chocolates in the world. It is a variety of dark chocolate made from the finest quality of cocoa beans that are translucent in color and they are packaged and sold in individually numbered packages to maintain the exclusivity of the product. It has also won several awards such as “Best bean to bar” and “Best Chocolate Bar” awards.

This is one of the oldest chocolate shops in London. Its history goes well back to 1895, Chambéry where the Dufour family created Chocolate Truffle. This new creation was later brought to UK by French immigrant Antoine Dufour in 1902 as he opened the first Prestat shop in South Molton Street in central London. This was the start of a Chocolatier favoured even by the British royalty as proved by the two Royal Warrant awarded to them. One of the famous customers of this establishment was Roald Dahl writer of “Matilda” who made prestat truffles central to one of his novels.

As this brand was created by the same family who created the chocolate truffles it is not a surprise that they are the most sought after delicacy in the shop menu. The brand is also known for its beautiful packaging which makes it a perfect gift for any occasion.

This particular brand had its humble beginning in 1988 when the co-founders, Angus Thirlwell and Peter Harris, sold mints before they moved on to chocolates and named the company “Geneva Chocolates” but later changed it to “Chocolate Express”. Finally in 2003, they rebranded themselves and the first retail store of “Hotel Chocolat” was opened. Then the company grew rapidly and currently they have seventy stores across UK.

This is also the only chocolate brand in UK which grew cocoa in their own plantation which was later used in their chocolates. Their most well known products are their giant chocolate slabs and supermilk, a chocolate genre created by them.

This company is named after a legendary figure named Lady Godiva who was said to have rode a horse stripped naked through the town of Coventry to protest against the oppressive taxation of the tenants by her husband. The brand was founded in 1926 in Brussels, Belgium by Pierre Draps Sr. In 1958 they branched out of Belgium to Paris on the Rue Saint Honoré. Their fame saw them appointed as the official Chocolatier of the Royal Court of Belgium.

They claim to be the purveyor of highest-quality Belgian chocolate in the world and that can be attested by their immense popularity in countries like China and Japan. The company has over 800 boutiques in more than 100 countries as of now.

This Swiss chocolatier brand had its origins at a confectionary shop in the old town of Zürich in 1836. Later, the proprietor, David Sprüngli-Schwarz, and his son Rudolf Sprüngli-Ammann moved to Paradeplatz in 1845 and established a small chocolate factory. In 1899 Rudolf Sprüngli-Ammann acquired the chocolate factory of Rodolphe Lindt and hence the company got its legendary rebranding. As the company celebrated the 175th anniversary of their confectionary empire, they also boasted about their 28 subsidiary companies and 500 stores across the world.

The most famous items by this brands are undoubtedly Lindor and Gold Bunnies. Lindor is a type of sweet with hard chocolate casing and liquid chocolate filling. It can be found in both bar and ball form. The gold bunnies, on the other hand, are hollow chocolate sweets and one of the true classics of this brand as these are sold every Easter since 1952.

This French chocolate manufacturing company was founded in 1800 by the former chemist of the French Royal court, Sulpice Debauve. Later on, in 1823 Debauve was joined by his nephew, Antoine Gallais. The company shops were the official supplier for many renowned French Royals like Emperor Napoleon, King Charles X and King Louis Philippe. In 1857 they created their first steam powered factory which earned them a medal at the Universal Exposition of Art and Industry of Paris. This company is one of the few royal suppliers which is still family owned and operated, even to this day.

Read:  Top 7 Popular Cities You Need to Visit for Their Urban Street Foods

The founder Sulpice Debauve apparently started making chocolates when he was a chemist under king Louis XVI and Queen Marie Antoinette complained about the bitter taste of her medicines. He made coin shaped chocolates which were later dubbed “Pistoles” by the queen herself who adored them.

This Neuchâtel, Switzerland based chocolatier can be called modern day King Midas. It was founded in 2004 by Sébastien Jeanneret who integrated two local traditions chocolate and gilding by making chocolate with edible gold leaf. This generated so much attention that they started creating various gold covered delicacies at client request.

Their chocolates are said to be a treat for all senses as they are made with grand Cru chocolate from Ecuador and highest quality gold leaf. DeLafée’s Gold Chocolate Box also comes with a Swiss National Bank gold coin minted between 1910 and 1920.

The Ferrero group is an Italian brand of chocolate makers who are also the 2nd biggest chocolate producer in the world. They have many well known products under their brand such as Nutella and Ferrero Rocher (along with many others), which by now are both household names. They are also the producer of the ‘Kinder’ products which include Kinder joy, a product which is extremely popular among kids, worldwide. The Ferrero Rocher, is a chocolate and hazelnut product and is considered a piece of extraordinary culinary craftsmanship, globally.

Go ahead and check off these chocolate brands from your bucket list. Let those happy hormones do their job. Indulge yourself and your loved ones in the best chocolates from around the world. The list will not disappoint you! 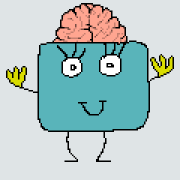