Let’s begin our wonderful reading journey with the best and most popular Web series in the year 2019 and 2020.

The first black and white web series directed by Raghav Subbu for the Viral Fever (TVF). It shows the struggle of a 16-year-old Vaibhav who moves to Kota from Itarsi. It portrays the struggle of many Indian students and their efforts to get admission to the IIT.

Kota is a hub and one-stop destination for students who want to prepare for the entrance exam to crack the IIT. Saurabh Khanna, the famous writer-creator of many hit web series, presents an amazing storyline for the ‘Kota Factory’ which draws a lot of audience with his great cinematography keeping the art direction part at right balance with sound design.

The show maintains an overall age with the aftertaste of the feeling that a student feels in the journey to crack IIT exams, the most strenuous anticipation to get an opportunity to turn their dream to reality. The story brings immense positivity and optimism thinking that life can never be all gloomy.

The narrators of the story were sincerely dedicated to present it in the best way it deserved, with the actors playing their roles so purely that it never felt like it’s on a digital medium so real and they were very true to their characters.

Saif Ali Khan plays the role of a displeased and troubled police officer named Sartaj Singh of Mumbai. He gets a threatening phone call from the gangster Ganesh Gaitonde played by Nawazuddin Siddiqui who intimidates him by asking to save the city within 25 days. The Web series draws a dark picture and reveals a set of fictional events taking place in India showing the Underworld mysteries with the past life and empowerment of the villain who was missing for 16 years. The second season of the series is quite predictable but it carries on with the same anticipation one feels in a suspense story.

An Indian web series with a high pitch action drama created and directed by Raj Nidimoru and Krishna D.K. with two seasons premiered on Amazon prime video. It shares with us the story of a ‘family man’ played by Manoj Bajpayee, a middle-class man with secret access to the Threat Analysis and Surveillance Cell (T.A.S.C) since he works as an Intelligence officer of the fictional branch of the National Government.

It conceived the idea of both a normal man who has to keep all necessary means to keep his family happy and content along with the sheer responsibilities of a great warrior to protect his country from terrorist attacks. Manoj Bajpayee here plays the role of a funny spy who equally entertains with his concise one-liners in a thrilling and murky environment. The idea and the subject are rawly relatable with great acceptance on Indian screens and that too on a web series, along with its talented actors making it a favorite of many with immense popularity and fame.

A show with a lot of comedy and romance created by Anurabh Kumar. The story revolves around a couple Tanya and Mikesh, who were in a long distance relationship for three years and are planning to move in together. U.S return Mikesh is eager and excited to get married but on the contrary Tanya is just not ready. But Tanya’s early pregnancy makes them plan for their wedding.

These subjects do happen and are relatable things but you might think what can draw so much attention to the show is the light comedy and real acting of the actors which makes it very obvious for the viewers to get entertained and love the show.

Mission over Mars is a super Amazing web series which is created by Ekta Kapoor. Sakshi Tanwar Mona Singh Nidhi Singh and Palomi Ghosh are the lead actors of the show. It is dedicated to four women scientists who fought hurdles with their brilliance and dedication that made a successful mission possible. The story also shows the various home and work problems and how they have attained a pleasant environment in life inspiring others to get motivated. 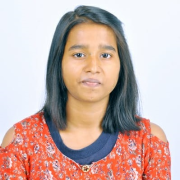