Have you ever dreamed of founding your own startup, but found lack of funds a barrier? Or are you already running a startup with tremendous growth potential, but are constrained due to limited resources? Venture capital firms provide huge capital to startups to propel their long-term growth, in exchange for equity in their business. Startups are known for their massive failure rates, because of which venture capital is an investment route that has high risk and high returns. The best venture capital companies are run by specialized, experienced management, and also provide the best fundraising opportunities to the worthiest startups. Therefore, both for an investor and a startup, it is important to know about the top venture capital companies in India, as one will get the highest returns on their capital and the best equity deals from these companies.

Here is our list of the top 10 most active venture capital firms for startups in India 2021:

An America-based venture capital firm, Sequoia Capital is a major investor in the private equity market in India. It has an estimated $5.4 billion assets under management (AUM) in India in seven different funds. It was founded in 1972, and is an experienced and successful venture capital firm. It has funded prominent Indian startups such as Justdial, Zomato, Grofers, Cars 24, 1mg and many more, and is the right destination for startups to reach new heights in India.

Renamed as Elevation Capital after the exit of Softbank group as a company partner, Elevation Capital has nearly $2 billion assets under management in India. SAIF Partners began investing in Indian startups 18 years ago, and have significant experience in the industry. Its notable investments include One97 communications, Swiggy, BookMyShow, FirstCry and others. It focuses on early-stage funding, which creates huge opportunities for both startups and investors.

Formerly known as Accel Partners, Accel is another American venture capital firm that has a global footprint. Accel India has an estimated $1.6 billion assets under management in India, and has a three decades long experience in the venture capital industry. It has a focus on technology and high-growth businesses requiring large capital, and has invested in Indian startups such as Flipkart, Swiggy, Ola, BookMyShow etc. Its previous funding round raised $450 million for Swiggy and Flipkart in 2016.

Nexus Venture Partners was founded in 2006 and is an India-US venture fund with an estimated $1.2 billion assets under management in India. They are known to invest in early-stage startups with an investment size ranging from $0.5 to $10 million. Some of their popular investments include Snapdeal, Zomato, Craftsvilla and Unacademy. It is one of the fastest-growing venture capital firms in India.

Founded in 2006, Kalaari Capital is a venture capital firm from Bengaluru, India. It manages an estimated $650 million in India, and has invested in successful startups such as Dream11, Myntra, Snapdeal, WazirX etc. They have a strong focus on technology and internet-based startups, and also have an experienced advisory board to help entrepreneurs in their startup journey.

Tiger Global is an investment firm that focuses on both private and public equities to generate long term wealth for its investors. It has estimated investment of over $300 million in Indian equities, and undertakes growth, late-stage and post-IPO investments. Its investments include Urban company, FlipKart, Razorpay, Ninjacar and more, and it is suitable for investors who prefer investing in more developed companies and hence ensure relatively lesser risk.

Founded in 1977, Matrix Partners is a private equity-focused venture capital company based in the USA. It has about $4 billion assets under management throughout the world, of which $300 million was raised in its previous India-focused fund in 2019. It invests in early-stage ventures and has been a part of startups such as Ola, FIITJee, Razorpay, Quickr etc.

Omidyar Network India was established in 2004, and is a private investment firm aiming to create social change and positive impact through its investments. It has a declared investment of around $322 million in Indian startups, and impacted an estimated 550 million lives through its actions. Its prominent investments include 1mg, Vedantu, Quikr, Railyatri and several other startups.

One of the oldest venture capital firms in India, Ventureast was founded in 1997 and has an experience of two decades in Indian private equity investments. It has above $325 million assets under management, and has specialist teams and funds for healthcare, life sciences and tech startups. Some of its successful startups include Acko, 24Mantra, Pitstop, iMedX etc. It is one of the most well-managed venture capital firms in India.

Founded in 2011, Blume Ventures is a rising Indian venture capital firm that focuses on early-stage and seed-stage funding. It invests in various sectors such as internet-based and software companies, media, healthcare, B2B services etc. Some of its star investments include Railyatri, servify, smallcase, unacademy etc. It offers complete support and mentoring to its startups, and is one of the top names in venture capital in India.

Read:  How To Process Orders For Your Online Business 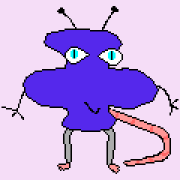 8 Vaccine Billionaires Who Saw Their Wealth Increase During Corona Pandemic.