The states of Israel and Palestine have been at war since the last 54 years over the occupation rights of the Gaza strip and West Bank. With the recent Hamas 1000+ rocket bombardment on Israel and Israeli retaliation, the conflict is receiving an astounding amount of media coverage as it should. While some countries condemn these attacks, there are many who are great allies to the nation of Israel. Since we are talking about Israeli allies here is an important fact you need to know; “The Soviet Union (Russia) was the first country to recognise Israel as a country on 17 May 1948, and Turkey is the first Muslim majority country to recognize it’s relation with the State of Israel in March 1949.”

Countries That Are Supporting Israel At A Time When It Needs It The Most. (2021 Israel-Hamas Conflict)

And here is the list of 35 countries designates Hamas a terrorist organization.

These are the countries from the Organization of American States, an international coalition of 35 countries in North and South America. 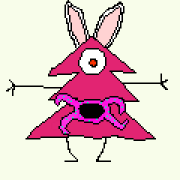