Curious to know “Who are the top richest people in the world?” and “Who ranks no. 1 in the World’s Billionaires 2021 annual ranking list?” continue reading…

Forbes, Bloomberg, and CNN are media outlets that release the list of billionaires but among 3 American business magazine Forbes is a world’s most popular magazine which document net worth of the wealthiest billionaires in the world and releases annually lists in different categories and countries and which ranks the wealthiest individuals globally for 35 years, they released the first-ever list of international billionaires list in 1987 and year 2021 list is their 35th annual list.

While we were doing our research to compile the list of 20 tycoons we found some interesting facts that can boost your general knowledge.

Do you want to know what those are?

Do you know who was the 1st wealthiest person according to the Forbes list in the world? well he was Yoshiaki Tsutsumi a Japanese businessman whose NET WORTH was $20BILLION in 1987.

Japan, the USA, Mexico are the countries holding the world 1st position till now.

Another important fact we noticed is that while other countries suffered economic slowdown due to COVID-19, China and The USA are winners.

Read:  15+ Most Underrated Bollywood Actors Who Deserve More Limelight Than They Get

Now without any further adieu let’s get to the point

The data is taken from Forbes as a source.

Did you know? Facebook has acquired more than 80 companies till now.

It’s a dream of many to show up in the Forbes billionaire list and if you are thinking you need to be a tech inventor like Bill Gates or Mark Zuckerberg or investor like Warren buffet then don’t get disheartened. Here is another fact: a pig farmer Qin Yinglin from China is the world’s fastest-rising billionaire. Nothing is impossible. Keep hustling. 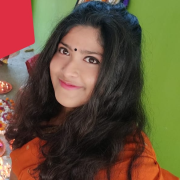 10 Pakistanis That Have Made a Huge Impact on the Bollywood

2 days ago
Back to top button
Close
Close