India is known all around the world for its spices. It is used in various cuisines and makes food taste absolutely delicious. Each spice adds its own flavour and fragrance to the food. But did you know that these spices have their own health benefits as well? If not, then we have got you covered. Here we have compiled the 10 most famous Indian spices and their benefits. Life, anyway, is boring due to our hectic schedules, and adding spices to our foods might help spice up our lives a bit. Go ahead and keep scrolling to learn all about Indian spices and their health benefits.

Turmeric in India is known as haldi. Food in India is incomplete without turmeric, and it has lots of health benefits. Turmeric contains a substance, known as curcumin, which is a great source of anti-inflammatory and antioxidant properties. Curcumin helps break down fats in different foods because it is fat-soluble. Its anti-inflammatory compounds help in preventing heart diseases and cancer. It also increases the antioxidant capacity of the body. Turmeric is usually used to add flavour and colour to food.

In Hindi, cumin is called Jira. It has antioxidants that help in removing free radicals which attack healthy cells in the body. It is also known to prevent cancer cells from regenerating. It helps control blood sugar levels and might also treat diarrhoea. Cumin also consists of anti-inflammatory properties. Furthermore, cumin helps in lowering cholesterol, aids weight loss, and boosts memory. Indians use this spice in curries.

In India, green cardamom is also known as Ilayachi. It is usually fried before being added to the food. Cardamom can also be used in milk tea. It contains antioxidants and diuretic properties that help lower blood pressure. Cardamom helps in preventing the risks of cancer and its anti-inflammatory properties help in keeping chronic disease at bay. It is also known to prevent indigestion and increase blood sugar levels. Furthermore, green cardamom helps in cases of bad breath, prevents cavities, and helps in breathing.

Coriander comes from the seeds of cilantro and is one of the most essential spices in Indian food. It helps in lowering blood sugar levels by activating enzymes. It is rich in antioxidants, which help boost the immune system. It is also known to protect brain and heart health. Coriander helps in cases of indigestion and infections, and also protects the skin.

Cilantro is mainly used in India to garnish dishes. Cilantro consists of beta-carotene and lutein, which contribute to its antioxidant properties. This helps in reducing damage to the cells of the body. Studies suggest that cilantro helps in managing diabetes as well. Its anti-inflammatory protects the body against chronic diseases and fights infections. It is also a good source of vitamins like A, B2, and C.

Ginger is one of the most essential spices of India and it is called adarek in India. Most Indian curries consist of ginger paste. Ginger consists of gingerol, a bioactive component, which is a source of anti-inflammatory and antioxidant properties. It helps with morning sickness during pregnancy. Research shows that ginger might also aid in weight loss. It is also known to lower blood sugar levels, improve heart health, and induce indigestion. Furthermore, it reduces menstrual cramps significantly and reduces bad cholesterol in the body.

Related:  10 Types of Tea and Their Benefits

Garlic is mainly used as ginger garlic paste in different foods in India. In Hindi, it is known as lahasun. Garlic helps lower blood sugar levels and removes bad cholesterol from the body. It also prevents chronic diseases and boosts the immune system. It is a great source of antioxidants and also reduces the clotting of blood.

In India, fenugreek is also known as methi. It consists of nutrients like biotin, vitamins A, vitamin D, soluble and insoluble fibers, and iron. Its fibre content helps in preventing constipation. It helps in milk production during pregnancy. Fenugreek reduces the risks of diabetes, obesity, and ulcers. It lowers appetite and increases the feeling of fullness, which might help prevent overeating and gaining weight. Furthermore, it helps in migraines, increases testosterone, and relaxes menstrual pains.

Cinnamon is also known as cassia bark, and in India, it is called dalchini. Cinnamon consists of cinnamaldehyde, which has anti-viral, anti-bacterial, and anti-fungal properties. It consists of polyphenols, which contribute to its antioxidant properties. Studies suggest that cinnamon helps lower blood pressure and blood sugar levels, thus reducing the risk of diabetes. Furthermore, cinnamon also helps in digestion.

Saffron is the most expensive spice in the world. It is bright red in colour and can be found in Kashmir, Iran, and Spain. Saffron is actually the stigma of a crocus flower, and it is expensive because it is handpicked. Saffron is rich in crocin, crocetin, safranal, and kaempferol, which have antioxidant properties. These properties help reduce the damage done to the cells by free radicals. Saffron may also reduce the risks of cancer and may also reduce PMS symptoms. It reduces appetite, which aids in weight loss. Furthermore, it may reduce the risks of heart disease, lower blood sugar levels, and improve memory. 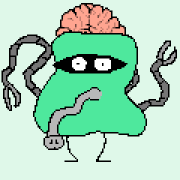 Health is my priority, and I wish to make it yours too. Hence, I use my medical background to write extensively about ways to get healthy and stay that way. My work is always backed by thorough research because I aim to provide the most accurate way to get into a healthy lifestyle. I cover a vast range of topics like exercise, honest reviews of medical products, food nutrition, and dietetics. I also cover topics related to pets because a healthy pet means a healthy human.