Women constitute half the population of our country but when it comes to political power, it is seen that not even one-fourth of the constituencies of our country are represented by women. The main reason behind this under-representation is our biased patriarchal society. In some areas, the situation is really worse as people are highly averse to women joining politics.

Gender stereotypes in our society tend to obstruct women in their way of participating in politics. In our society, it is not uncommon to see that in some families girls’ education is neglected and only the boys are sent to school. Such people don’t realize that education is the basic right of every child and thus, they are no one to deprive the child of the right to education. Discrimination against women is a principal cause of low development levels in almost all the undeveloped or developing countries including India. Lack of gender sensitization has restricted our economy in reaching its full potential.

Democracy ensures the right to equal opportunities to all its citizens but in our country, it is commonly noticed that women are denied even the fundamental right of freedom of speech and expression. In our country, women face several restrictions in their social, political and economic life. Women are largely under-represented in our political system. It sounds pretty good when we hear about the countless number of laws made by the government to empower women. Constitutionally, women are granted equal rights but the question which arises here is that if these laws will ever come into practice.

If women enjoy a fair participation in politics, then the political system of our country will certainly undergo a sea change. Women are less likely to be indulged in crimes or corruption as compared to men. If more and more female candidates come to power, then the social problems like women health and education, gender equality, poverty, hunger, malnutrition, child abuse, etc. can get mitigated to a large extent.

Read:  10 Reasons Why Mamata Is The Best Chief Minister For West Bengal

Some of the strategies which can be adopted to enhance political participation of women are given below:

1. Reservations for women at every level in the political system

In order to empower women to actively participate in politics, it would be instrumental if seats are reserved for them at every stage in the democratic setup of our country. A fixed percentage of women members should be ensured in all the political parties. A fixed percentage of seats should be reserved for women in the Parliament and also in the government cabinets. Also, a mechanism can be devised according to which those political parties should be expelled from participating in the elections which will not have a fair representation of women. This method will be very instrumental in keeping a check that women are getting their reasonable share of power in politics.

It is widely known that till now Mrs. Indira Gandhi and Mrs. Pratibha Patil are the only two women who have reached the posts of the Prime Minister and the President respectively. There should be a provision to ensure that after completion of every three or four terms, a female should become the Prime Minister or President of the country.

There is one-third reservation for women in the rural and urban local government bodies. But the objective of women empowerment and their increased participation in political events could not be accomplished because at the local level, the male members of the family participate in political activities on their behalf. And that’s why it becomes even more necessary that women hold high positions in the political system.

3. Empowerment of women through educational institutions

The schools and colleges should act as cradles in developing leadership skills in women. Female candidates should be encouraged to participate in political events like University elections. The educational institutions play an important role in preparing future leaders of the country. There should be awareness programmes and campaigns to help the girl students in finding a clear vision for themselves. The educational institutions can play a vital role in enhancing political participation of women by empowering the girl children and making them strong enough to stand for their rights. These measures will help the girl children in building a strong foundation for their political career.

In our country, it is quite daunting for women to participate in politics. Women face a range of barriers to their political participation such as sexual harassment, physical violence, mental torture, domestic violence, etc. There is no stoppage to injustice,discrimination and crimes against them.

The field of politics is considered to be highly insecure for women as a lot of politicians have pending criminal cases against them. And this is one of the root causes of families dissuading girls and women from participating in politics or the women themselves not coming forward to take part in political events. Therefore, there should be some safety and security measures for female candidates so that they can become a part of the political system without an element of scepticism.

Financial assistance can be provided to female candidates to increase their political participation. The concerned political parties can raise funds for their election campaigning or the state can also allocate special funds for women candidates. This move will bring forward the females belonging to rural areas and disadvantaged sections of the society as they will no longer be dependent on the family members for their election campaigning.

6. Enlightenment of women about the importance of their voting rights

Political participation also includes the right to vote. Women should be empowered and enlightened about the need and importance of voting. This will help them in making an informed choice while voting. This way, they will be able to exercise their rights effectively and independently without being pressurized by the family members to vote for a particular political party or candidate. Consequently, women’s grievances will be addressed and their needs will be represented in the political system.

With more and more women coming forward and participating in politics, we will certainly have a more equitable society and a truly democratic country. Hence, the requisite is to eliminate conservative and orthodox elements from the society and to empower women so that they can become inspiration not only for other women or girls but for the entire human race.

Read:  Top 10 Most Powerful Militaries in the World 2021 [Latest Ranking] 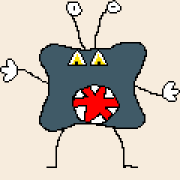