On 10th February 2021, the Punjab and Haryana High Court gave access to a Muslim girl to marry anyone as per her choice. The girl can be under 18 years but is fully capable of choosing her life partner.

The high court of these two western states issued an order that the Muslim girl who is below 18 years but has reached puberty is totally free to follow her choice. The high courts reached this decision after relying on the literature and various documents on Muslim marriages. The Muslim Personal Law highlighted the whole thing and as per that the girls are given full freedom once they hit puberty.

Sir Dinshah Fardunji Mulla in his book “Principles of Mohammaden Law” gave full support to a Muslim lady. The court referred to Article 195 of this book where a Muslim girl who is in her consciousness and has reached her puberty can take her own decision of marrying. But the court especially took notice of the fact that even if the girl has attained the age of puberty, she will be not forced to get married without consent.

The whole incident started with the petition submitted by a newly married couple. Justice Alka Sarin went through the petition and thus passed the order. The newly married couple has an age difference of 19 years. The man was of 36 years whereas the girl was just 17 years. Both their families were against this marriage but they decided to file a petition based on the Muslim Personal Law. They belong from Punjab and had solemnized their marriage on 21st January 2021 as per the Muslim rites and ceremonies.

Although the petitioners got married against the will of their family members and relatives still, they will be safeguarded by the fundamental rights issued by our Indian Constitution. The court discovered that the girl was secured by Muslim law. There is a supposition that any girl hits puberty at the age of 15 years. Both the petitioners had reached their certain age where they are independently capable of deciding when and whom to marry. The guardian is not allowed to interfere in this matter as long as the couple is guarded by Muslim law. Considering all these, the Senior Superintendent of Police or SSP of Mohali is directed to take appropriate legal action to protect the lives of the couple.

Read:  Sonu Sood enters into a new mission to remove the monkey 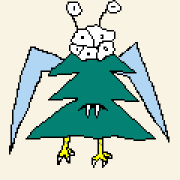