Twitter is infamous for being surrounded by controversies, consistently. With Twitter’s recently launched desi dupe, Tooter, and Diljeet x Kangana feud doing the rounds, not a day goes by without public figures voicing their bold opinions, and making news for it. Even if you’re someone who despises the idea of unsolicited advices and opinions, it’s still hard to close your eyes to these twitterati.

Do you get amazed at people’s love for that one music artist? K-pop stans and Beyoncé fans’ adoration for their idols might startle you, but the dedication of some Twitterati takes the game to another level!

These are the people who, no matter what, would support their favorite set of right-wingers and liberals alike. Whether it’s a newly formulated policy, or a fancy press conference, these people will place their beloved icons on a pedestal, and would shower them with choicest of compliments. This statement can be duly verified by the fact, that post the CAA-NRC controversy, the COVID-19 outbreak, and other major occurrences in this ‘eventful’ year, Virat-Anushka’s baby announcement is the most liked tweet this year.

With a nihilistic or a pessimistic point of perception, these are the people who are naturally against everything, that is found going viral or being loved by people, at that particular moment. Often skeptic of lawmakers’ and celebrities’ each move, these people question their opinions and motives to a point, that it causes some of the most memorable Twitter feuds. If you think your parents’ opposition is the most savage opposition you’ve ever faced, wait till you read these people’s tweets! Even if you’ve won the support of the masses, they’ll find a loophole and will grill you over it.

Fondly referred to as ‘haters’, these people aren’t intellectually inclined towards a particular side. They’ve one job, and that is to make memes! Whether Prime Minister Modi takes a stroll with his peacock, or Anushka Sharma has a new movie coming up, they’ll make creative and graphically well-structured memes, that’d make you crack up. Contemporary culture has made memers so popular, that hundreds, if not thousands, of dedicated accounts have come up in the past few years, and some of them are even verified.

These are the people who have no particular belief system, or at least they don’t voice it publicly. As they say, they’re just there to make jokes and enjoy some harmless fun. These are often the kind of people, who slide in your DMs quite regularly, with a variety of memes. They have hundreds of screenshots saved in their gallery, that relate to politics, entertainment, and a multitude of other genres.

This is the only type which has people from all other types mentioned above! They are the supporters, the adversaries, the funmongers, and the one who follow them! They’re the people who hold anonymity in high regard, and are there for all the fun and knowledge, but not at the cost of their precious identity. These people have funny and creative usernames and bios at times, and have been featured in multiple memes and on troll accounts.

Twitter is the source of intellectual and unbiased opinions, memes that’d leave you gasping for air, some notable virtual feuds and much more. With a Swadeshi alternative now available, people can have the time of their lives on these two competing platforms! 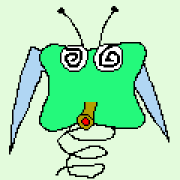 Updated: When is PUBG coming back in India?