Monotonous routine, boredom, repetitive things happening, 24/7 news flashing, sanitization- yes, this is what our lives have been all about since 2019. This is the aftermath of entering Covid-19 in our good-going lives. Forcefully to live like this has been difficult but what more could we do except to find sanity through little fun things. And one such thing could be to play games.

Now, board games are cool and all, but right now we needed something that could connect us from different places. No worries, we have got your back and so, here we have in our bucket.

List of 8 best telegram games to play with friends.

Quizarium is a general knowledge-based game, and it won’t harm us to gain some while getting all the fun with our group. The game requires a minimum of 2 players and the maximum could go up to any number of players you want to join. The rules are pretty simple. After joining the group chat (@quizarium), you can send a message to “Start” and the questions would come along with hints in each step. You have to guess, and whoever gives the right answer gets a point.

You could understand this game as a chat version of the android game ‘Among Us’. Just like Among Us, the players have to find the impostor, here which is to be named as “Werewolf”. And the other crew members are termed as ‘villagers’. This game indulges the enmity between villagers and werewolves. Each player strategically needs to prove their innocence in the game in front of other members, who will also try to do the same. It could be fun to become your own version of Sherlock Holmes while defending yourself from other Sherlocks as well.

Read:  10 Easy Pranks to Play on Your Friends

Ironically, it isn’t considered to be dark to have a dark or witty sense of humor. Rather, it’s pretty much fun to play this game if you are in possession of such humor and it could be entertaining. Players in this group chat take turns individually to figure out which player’s answer is the funniest. The questions are automated by a bot and the person with the maximum votes for their wittiest answer gets the point.

Now, who doesn’t like a good game of poker with friends? The bot keeps the record of every move a player makes and unlike in real life, you can’t chat with the bot. It’s one of the best games to play with your friends and some imaginary money indeed. Have fun even without the cards.

This is the kind of game that is easy-going and less strategic. Turn by turn each player becomes the Lucid Dreamer who chooses an image among the options given by the bot and gives hints for others, the Dream Catchers, to guess. The images are unknown to Dream Catchers, hence they have to entirely interpret the hints they are receiving. Whoever guesses the image right gets a point.

This is a perfect game for mental sharpness and a way out of boredom for sure. The game tests the speed of your reflexes. This is a kind of game you could play with your group or alone as well. It could be challenging for your own mental strength but it becomes fun to test your limits somehow.

There might exist some population who does like Maths. And for such a crowd, Math Battle is what you will look up to in your free time. Puzzling equations wreathed like a web might be perfect fun for you if maths in particular interests you. Although, have fun getting a dizzy head after such hard work.

Read:  11 WhatsApp Games to Play with Family Members For Entertainment

The 8th game on our list is Arena Game RPG. The game is based on some action, adventure, and thrill. If you’re a fan of games like Pubg, Call of Duty, then this might be the perfect choice to try on a different platform, i.e., Telegram. Players could buy things to add to the inventory, they could also personalize their own characters, owning weapons, managing certain skills. Even the sound of it is so attractive. Try the game and battle up your arena. 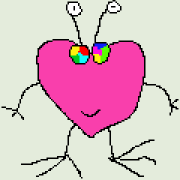 20 Best Comments For Girls’ Pics on Insta and Facebook