Everybody is familiar with the Nokia 3310 or famously known as the brick phone. That same company brings to you one of the best flip phones in the market which is the Nokia 2720 Flip.

Alcatel GO Flip V is a very similar device to the Nokia 2720 Flip but has minor spec bumps as compared to its Nokia counterpart.

Related:  10 Tips: How to increase the speed of your smartphone?

Another rugged flip phone just to compete with the Kyocera.

This is a pretty simple phone which is what most of you are likely looking for. It’s been dubbed the minimalistic phone and the specs of this phone backs the claims.

Another great flip phone by Alcatel.

Related:  12 Tips: How to increase the speed of your computer or laptop?

Any best flip phone list is incomplete without mentioning the incredible new smartphone flip phones which have literally flipped the market (pun intended) with their arrival and are now dominating this industry. Though there is a catch, they are more expensive than any other flagship phone out there. So obviously they are just way too expensive than a traditional flip phone. Still here is a list of the best smart flip phones in the market right now.

The Samsung Z flip 3 is easily the best flip phone out there. It has all the specs of a flagship phone with the clamshell design of a flip phone.

Related:  Laptop accessories everyone should have

The original Motorola Razr was a classic back in the days and this model tries to be just that, but smarter.

The flip phones are excellent phones for someone who loves the flick it provides. On a serious note they are excellent for those who do not prefer the social media life and wish to stay away from social media but still need a phone to maintain the daily communications.

For this customer base there isn’t really the need for a good camera or too much storage on their phone. So the cons that have been mentioned above shouldn’t be a bother to you but we’ve still mentioned them so you can make the best choice according to your need.

This list also houses the flagship expensive level smartphones just because we like to be thorough with our work and without them it would’ve been an incomplete list. If you have any queries feel free to ask us in the comment section below and we’d be happy to answer you. 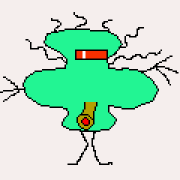 Enthusiasm towards a topic is the key for any author to give the best work. This enthusiasm keeps me on my foot about all the latest updates in the tech world. I use it to bring forward all the latest and greatest news in the tech world as soon as possible with in-depth detail accompanied by an honest review. My expertise also includes digital marketing and the tech world at large. I use my expertise to provide my readers with all the possible tips and tricks to make their life easier. Subscribe my YouTube channel - Digital Awareneur