While BTS is one of the most famous groups of today, there is still might be some friends in your social circle who are unaware of their musical talents. All BTS songs are amazing but when it comes to recommending songs to our friends so that they will come to love BTS as much as you do, there are certain songs that will have greater success in the process of turning them into an ARMY (as BTS fans endearingly call themselves). Here are a couple of BTS songs that you may suggest to your friends and loved ones to listen to and pretty soon you will gain a fellow real-life BTS fan to enjoy and share your adoration for the seven-membered group.

Dynamite is what made BTS gain a solid stand in the Western music industry. BTS’s Grammy nomination came in form of Pop Duo Group Performance for Dynamite. Even though Dynamite did not win, this was the song that pretty defined the last year of 2020. One of the musical highlights of the previous year, Dynamite is surely worthy of getting recommended to anyone interested in knowing what makes BTS so fun.

Mic-Drop was inspired by Obama’s famous White House Correspondent’s Dinner address. The song, Mic Drop is so energetic and fun that it captures everyone’s attention, no matter the age. A perfect song to refer to your friend if they are asking for your recommendation for a gym or cardio playlist, Mic Drop will make your friend curious to know more about BTS’s solid and versatile discography.

BTS follows a story life and Boy With Luv is supposed to be a love letter to their fans, called the ARMY. BTS and ARMY go hand in hand, one does not exist without the other, and this much evident from this song. Boy With Luv also features American pop-singer Halsey, so if your friend turns out to be a non-kpop but western music-loving fan, you can start by recommending Boy with Luv to them as the first step.

This 2016 hit came along with the Kpop wave and rode the tide along. Blood, Sweat & Tears was a smooth, sensual, and groovy pop song that captured everybody’s attention. While the lyrics of the song are pretty deep, the beat and melody of the song itself are hypnotic. Blood Sweat & Tears is one of the best songs to recommend to any of your friends who is a non-kpop fan.

Aptly named, Fire song by BTS can only be described as ‘fire’ because of its funky, metal, and dynamic energy. Keep Fire placed in the gym or fitness that you can recommend to your friend. Fire is sure to convert any non-kpop fan into a BTS follower.

Among the variety of songs that BTS has, other than the listed above few, you can also recommend songs like, Dope, Spine Breaker, FAKE LOVE, DNA, and more to your friend. And soon enough you will have a buddy who likes BTS’s music as much as you do. 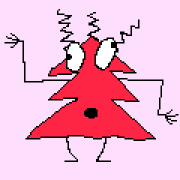