According to the post in “People’s Daily,China”, China finally admitted 4 casualties in Galwan faceoff with India. They revealed the information which was unknown till today, portraying the courage of four Chinese soldiers who sacrificed their life in June 2020s border conflict. People’s daily revealed this friday, four soldiers were awarded post-obituary honorary titles. India’s new road construction and long disputed LAC construction are deemed to be the reasons for the clash, in which Chinese officials did not reveal the actual number of casualties. It was all speculation, until today that China finally admitted.

Last year the tension grew fierce between the India-Chinese borders at different locations in western himalayas. Aggressive face-off started at Sino-Indian border and other nearby border locations in May,2020. Chinese troops blamed India’s action of crossing the border in a road construction near Galwan river valley. The fierce cold war started between India and China. It was followed by a scramble, reporting soldiers being held captive on both sides, although soldiers were released from both  sides in a few days. According to Indian reports, 10 of the Indian soldiers were held captive and the number of chinese troop soldiers still remains unknown. In this melee, 20 Indian soldiers lost their lives protecting Indian honor. According to India there were 43 casualties from the other side, but Chinese officials decided to stay aloof on the topic and did not reveal their side of dead soldiers.

The scramble at the western himalayan border tensed the import-export relationships with China. Prime minister Narendra Modi himself visited the soldiers posted near the Galwan river valley to encourage them. India was trending on the hashtag boycott Chinese products. Borders were lined up with tanks and troops to show the superiority of power from both the sides. After the situation at the border was less intensified, the minor clash started again in January, 2021.

Read:  Names of Indian Celebrities Who Died in 2020

Finally this Friday, after almost a year Chinese government revealed the actual number of casualties and their names. Which until today they were not ready to admit to. Central military commission revealed this friday, the number of casualties of the June, 2020 himalayan border confrontation. They awarded a colonel who led the troops, with honorary title. The other 3 soldiers were awarded first-class military citations. 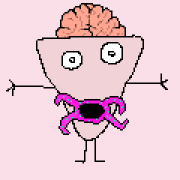